“Golden Leaves” is a sculptural landmark and tribute to the music of Gordon Lightfoot in his birthplace of Orillia, Ontario Canada. The principal monument is cast in bronze standing more than 10feet tall and features sculptural scenes from all of the songs from “Gord’s Gold” album. Gordon referred to the sculpture as “one of the greatest honors he has ever received in his entire career as a singer”.

Tim immersed himself into the music and captured more than 25 songs within the sculptural scenes of each leaf. The smaller leaves come together behind Gord playing his guitar and form the shape of a massive Canadian maple leaf. 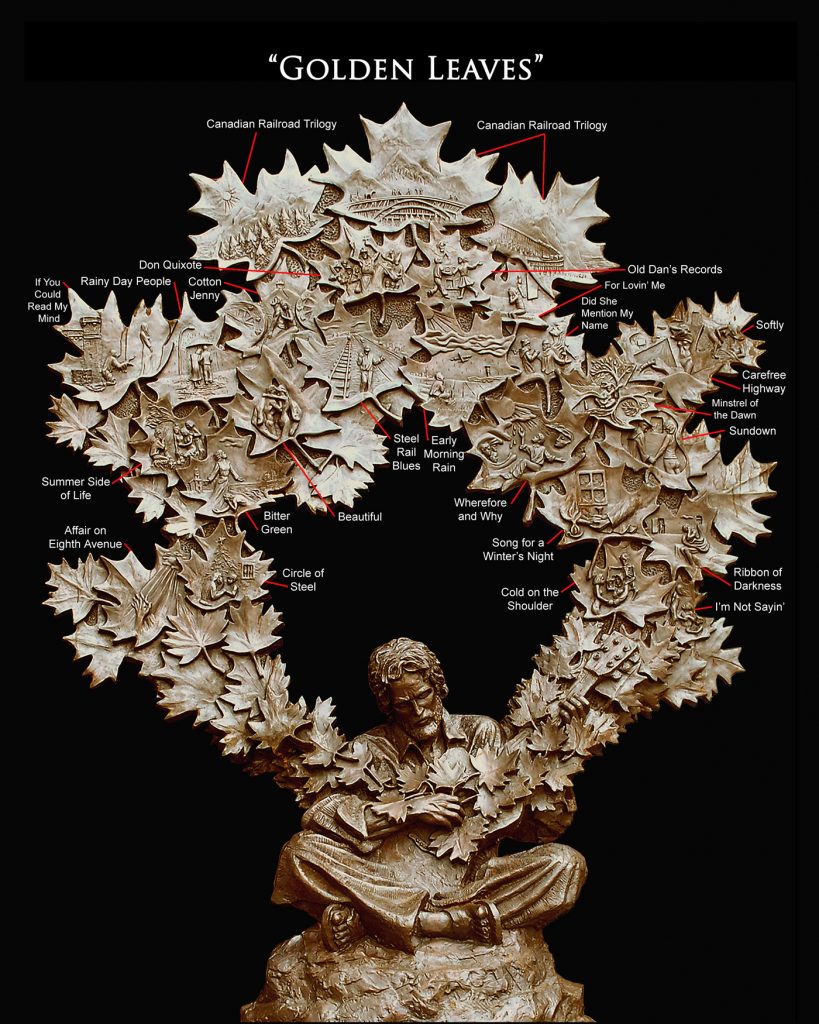 As the project continues to grow Timothy is creating individual leaves highlighting more songs and placing them along the Lightfoot trail that originates from the principal monument. These additions already include sculptural tributes that highlight two other famous songs; The “Wreck of the Edmund Fitzgerald” leaf with a second cast now located at the Shipwreck Museum on the shores of Whitefish Bay Michigan just steps from the Memorial to the Edmund Fitzgerald as well as the “Black Day In July” leaf with a second cast that is also bound for the city of Detroit. These individual Tributes are 3 feet tall, cast in bronze and mounted on granite pedestals with the title engraved in the stone.